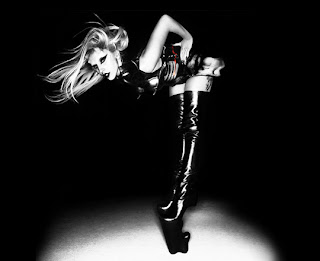 So, there seems to be a mini-controversy brewing about Lady Gaga's official release date of her song "Judas" timed to align with the Easter holiday. Assuming that Gaga and her record label, Interscope, did specifically plan to release Judas around Easter, I don't see anything inherently evil about this.  It's just marketing - create some buzz via a controversial issue, and (hopefully) sell a lot of music. 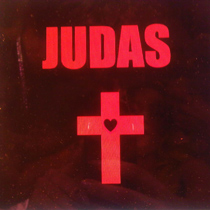 In fact this isn't even a new marketing tactic at all.  Similar to Gaga's song "Born this Way", which most people older than 16 recognize the similarities to Madonna's "Express Yourself", the sex/music/religion marketing tactic was most likely first done by Madonna.  Does anyone remember when the "Like a Prayer" was released?  As I remember, Pepsi sponsored the first airing of the "Like a Prayer" video on TV and received a ton of consumer backlash for it.  But, I'm sure it sold a lot of singles for Madonna and a lot of Pepsi.

And so, I can't really begrudge Lady Gaga the same. I hope her new single is a great success.  Gaga's in NJ tomorrow night BTW; in concert at the Prudential Center in Newark.  I may just show up with my camera, so stay tuned!
Posted by VIVE Katerin at 6:20 PM No comments:

I think I can!

Things have been very busy these past few days! I've been pursuing some big celebrity interviews, which has been interesting to say the least. While I haven't been told "No!" outright, there have been a few challenges (e.g. having to travel to Cleveland!)  I've been in full-on pitch mode lately, both in terms of chasing down interview opportunities, but also trying to raise interest from producers.  At the same time, I've had some business requests that just weren't right for the VIVE Katerin brand that I've had to turn down, which is difficult to do at this stage. But, I know in the long term making the tough choices will pay off.

I've been knocking on doors all week, with quite a few being shut in my face.  Still there have been some awesome developments, which I hope to share in the next few days once things are official.  Through it all, I've reminded myself to be confident and positive and not let anyone discourage me or stand in my way!

There's a great quote from Henry Ford about the power of positive energy and achieving success that helps me stay confident:
"Whether you think you can or think you can't - you are right".

Best,
Katerin
Posted by VIVE Katerin at 5:14 PM No comments:

Seeing all the pictures on the news today about the destruction caused by the tornadoes across the South and particularly in North Carolina got me thinking about all my friends in the Raleigh area.  I hope y'all are safe and got through the storms without too much damage.  It must have been a very scary and intense storm system. The lightning always seems brighter and the thunder louder in NC.  Be safe!
Posted by VIVE Katerin at 5:51 PM No comments:

Earlier this evening I stopped by Bookends in Ridgewood to interview Maria Menounos who was in town to sign copies of her new book The Everygirl's Guide to Life.  You probably know Maria from Entertainment Tonight, NBC's Today, Nightly News, and Dateline.
I was really impressed with how friendly and down to earth Maria is.  Even though there were cameramen from several major TV outlets there to shoot her book signing, Maria took the time to interview with me for VIVE Katerin.  I can't tell you how encouraging she was.  Totally made my day! 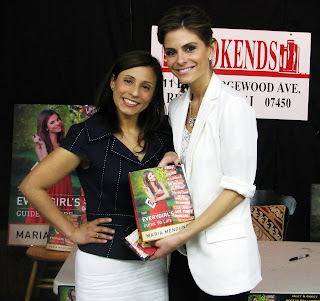 I can't wait to read Everygirl. It is literally written as a collection of great tips on everything from organization and time management to travel to weight loss. I have my signed copy that I purchased at Bookends http://www.book-ends.com/.  I encourage all of you to check out Maria's book.  Consider buying from an independent bookstore if possible, but just buy it. Here's a link to The Everygirl Guide to Life on Amazon.
http://www.amazon.com/gp/product/0061870781?ie=UTF8%20&tag=harpercollinsus-20&linkCode=as2&camp=1789&creative=9325&creativeASIN=0061870781
Posted by VIVE Katerin at 6:26 PM No comments: 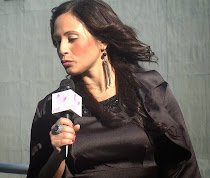